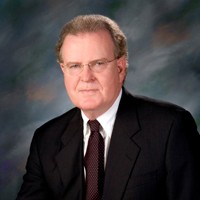 One of five children and raised in the small town of Wise, Virginia, Mr. Gilliam was vice-president of the family-owned underground coal mining company, Cumberla and Resources Corporation, which was acquired by Massey Energy in 2010.

During his service on the UVa Board of Visitors and building upon his family roots, Mr. Gilliam was asked to serve as chair of the Committee on the University of Virginia’s College at Wise. He championed the school’s commitment to affordable access, especially for young people in underserved communities. Students at the College of Wise graduate with one of the lowest debt loads of any public liberal arts college in the nation.

Mr. Gilliam’s ties to the College at Wise run deep. His mother, Betty J. Gilliam, was hired in 1960 as the first art professor, when the College at Wise was called Clinch Valley College. She was then named professor of art emerita in 1989. Generous contributions by the Gilliam family led to the school’s Center for the Arts being named in honor of his mother.

Mr. Gilliam is an alumnus of the University of Virginia. He now leads MAM Development LLC in Abingdon, Virginia. He also serves on the board of the Virginia Athletics Foundation. He lives in Bristol, Virginia.